"From the Ganges River, the spiritual heart of India, to the Mississippi River in America, legendary marine scientist and explorer Jacques Cousteau's granddaughter is collecting stories about water. She's not reporting on new technologies that promise to save the world, or on politics, or the regular environmental doom and gloom. [...]

After arriving from South Africa, she enters a fresh entry in her blog: "The reason we're at Kibbutz Ketura is to visit the Arava Institute for Environmental Studies, a remarkable non-profit organization who makes its home here," she writes. "Arava brings Israelis, Palestinians, and Jordanians together with students from around the world to study environmental issues".
Lire la suite »
Source: article Karin Kloosterman @ ISRAEL21c
Aucun commentaire:
Libellés : Ecologie - eau 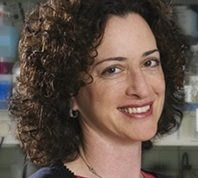 An Israeli discovery on the function of tiny molecules called microRNAs (miRNAs) in the inner ears of mice could lead to the cure of human deafness in adults caused by aging, disease, drugs and noise, or genetic disease in children.

The research, carried out over three years by world-renowned geneticist Prof. Karen Avraham [photo] of Tel Aviv University's Sackler School of Medicine and Dr. Lilach Friedman and other post-doctoral researchers in her lab, has just been released for publication in the prestigious journal PNAS (Proceedings of the National Academy of Sciences of the United States of America).

About one out of every two elderly people suffers from some degree of hearing disability, while one in 1,000 infants is born deaf due to mutant genes. Healthy babies are born with 15,000 sensory hair cells in each ear that allow them to hear. These hair cells are responsible for translating sounds to electrical pulses that the brain can interpret.
Lire la suite »

A new analytical tool showing how our brains record outside stimuli and react to them has been developed by a team of Hebrew University scientists. Although much progress has been made in recent decades in understanding the brain, scientists still know relatively little about how it functions. The two key problems are that there will never be enough real data from measuring what the brain actually does, and even if there were, there haven't been enough methods for analyzing such data to reveal how neural coding takes place.

The analytical method developed at Hebrew University should be able to provide an indication, for example, of how many neurons encode a given stimulus such as reactions to a face or movement, and how they collaborate to do it.

Current technology allows researchers only a very partial view of brain activity. For example, we can't record the activity of more than a few hundred nerve cells from the cortex of an animal carrying out a task. Methods like MRI can map larger brain areas, but cannot measure single neurons. What can one learn from such a partial view?
Lire la suite »