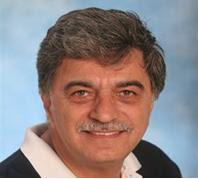 Antibiotics are no doubt the wonder drug of the 20th century. Before them, people could die from simple bacterial infections. Now, new groundbreaking research from Israel shows that a common antibiotic has the power to repair genetic diseases like cystic fibrosis, cancer and muscular dystrophy.

The Israeli team headed by Prof. Timor Baasov of the Technion - Israel Institute of Technology, has modified a common antibiotic, one without toxic effects, and which is programmed to fix "nonsense" mutations in genetic diseases. Nonsense mutations are mutations in a sequence of DNA which causes it to prematurely stop reading the RNA, resulting in an incomplete and non-functional protein being created.

Doctors have long known that antibiotics could work as a possible treatment for repairing the nonsense mutation, something that occurs in about 10-15 percent of most genetic diseases. Using available antibiotics, science was not yet been able to find a solution that would work without toxic effects.

Since releasing the news of the new compound, called NB54, based on the common antibiotic gentamicin, Baasov has been flooded with queries from investigators all over the globe excited to test it, he tells ISRAEL21c. The findings were published online in March in the Journal of Medicinal Chemistry.
Lire la suite »