Searching for a vaccine for rheumatoid arthritis 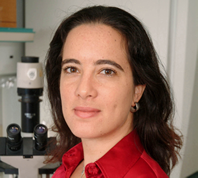 In America today, an estimated 1.3 million people suffer from the paralyzing pain of rheumatoid arthritis, and they are badly in need of relief and a cure.

Help could be on the way, thanks to ProtAb (pronounced Pro-tab), an Israeli company that is developing a new antibody treatment for rheumatoid arthritis, a debilitating autoimmune disease. "We are currently in late stage preclinical trials where we have created Proximab, a monoclonal antibody," Shira Yair, ProtAb's CEO tells ISRAEL21c "We've had a mouse and rat monoclonal antibody with promise and have successfully completed the stage of humanization."

It's still a long way off - the technology won't be ready for at least another five years - but pre-clinical studies on animal models are definitely promising. In the trials, Promixad was found to immunize and dampen the symptoms associated with rheumatoid arthritis, holding out the hope of a vaccine against the disease.
Lire la suite »